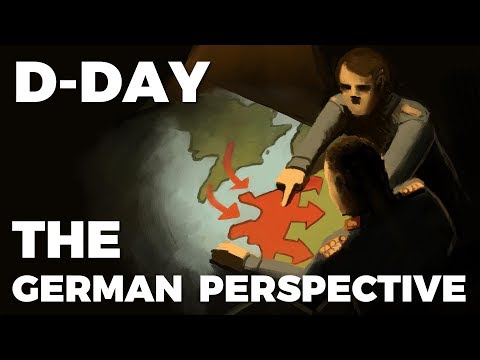 https://www.flickr.com/photos/[email protected]/albums/72157715276319253
Unfortunately I have to sell my game collection due to some urgent issues. Hard for me to say goodbye, but I have to. I'll leave a Flickr album here with pictures of all the games.
I'm asking for 5150€ for the entire collection, no game will be sold separately.
This is a honest collection from a game enthusiast. Shipping cost can be discussed.
PS1
PS2
EDIT: Games are mostly PAL, some are NTFS
EDIT 2: added list of games!

I've just finished my first playthrough the original trilogy and wanted to share a couple of thoughts.
Basic Info : MaleShep, Infiltrator, Paragade playthrough
Mass Effect
- Game : For a game that released in 2007, it's an amazing game. Characters are amazingly written, the plot got me playing for hours on end. I played it a step below Insanity and felt like I enjoyed the game here due to the head pounding of Krogans charging you and then hiding to get their shields back.
- Favorite Fight : Saren's final fight where he evolves and Sovereigns takes him over. Watching him go from shooting himself to turning into nightmare fuel showed what the Reapers are capable of.
- Favorite moment : Anderson punching Udina.
- Least Favorite moment : Death of Jenkins. Rest in Peace
- Romance : Ashley. I found her poems and character very interesting compared to Liara. Ashley's concerns for the Aliens being in the systems of the Normandy is fair since you don't know the true intent of what they plan to do with what they find.
- Overall rating : 4/5. The game is a great introduction to the galaxy you are put into. The characters are amazing, the plot moves perfectly and you can play the game in any way you can.
Mass Effect 2
- Game : Mass Effect 2 did an amazing job stripping the annoying stuff out of Mass Effect and giving you better gun play, running and more gun options. The characters in this game were amazing as well, it was fun to discover everyone's character arc and how they fit into your crew of misfits. I did the same difficulty and enjoyed throwing my controller across the room fighting Praetorians.
- Favorite Fight : Captain Wasea, watching the Biotic God run in and thrown aside like a plush toy made it for me before I took her head off with thee Black Widow.
- Favorite Moment : Meeting Legion. It was a huge change of characters where you meeting a talking Wall-E and learn more about the Geth.
- Least Favorite Moment : Telling the Krogan there were no fish in the Presidium lake. Let the man dream.
- Romance : Miranda. After seeing past her 'I'm perfect and We need to focus on the mission.' I liked her a lot more as a romance due to her strong desire for love and being a confident woman. Seeing her come to face the fact that Cerberus is a bad place was nice because it showed she still had a conscious and able to make her own decisions rather than blind following the organization.
- Who died on the Suicide Run : No one.
- Favorite DLC : Overlord. I liked how it show just how far Cerberus is willing to go for human advancement and what people are willing to do for success.
- Overall rating : 5/5. The game builds off of Mass Effect perfectly, you get to see more interesting characters and you have even better writing.
Mass Effect 3
- Game : As the finale to the series, I feel it was good. Not great and not bad, they mixed the characters between one and two ok. It sucked to see some characters not have the same arc as before. The combat was far more fun and fast than the other two games. It felt so fluid and the movement was much more fun than before. Same difficulty as before.
- Favorite Fight : Kai Leng on Cronos Station. I was spamming renegade interrupt faster than a fourteen year old kid clicking close tab on a porn video as his father walks into the room. The trash talking from Kai then stabbing him was sweet revenge for his low effort attacks on Thessia and my girl on Horizon.
- Favorite Moment : The Prothean VI saying you can't win. I just got a book in a system for the Batarians so they had better hopes. I can win.
- Least Favorite Moment : There were a lot, but if I had to pick one, it'd be meeting Leviathan. "We are the Apex Race, the most dominant of all, creator of Reapers." "Hi, I'm John." Then you use this logic of hey you should fight with me cause, yeah, we don't want to die. I sat there frustrated with the result of that talk because I expected them to be demanding something for their work in the war.
- Romance : Miranda. Had to stay with my Cerberus cheerleader. I was mad that I didn't get to bring her on the Normandy after Sanctuary and how she dealt with another sister problem. It would've been nice to help her on one of her missions. I did enjoy the casino scene with her because it was nice to see her out of the catsuit and enjoy the life of gambling with her boyfriend.
- Who died? : The usual three. Mordin, Thane and Legion.
- Ending? : Destroy
- Favorite DLC? : Omega. I always wanted to work alongside Aria and do Omega stuff. Doing renegade through her section made it far more enjoyable than doing paragon. I felt more bad boy than boy scout.
- Overall rating : 3/5. There were so many characters and they tried to fit them all together and that didn't work out. Seeing Jack, Miranda, Thane, Samara, Kasumi and Jacob again was great, but they felt like rerolled writing to save time to focus on the main characters. The gun play was extremely good but having to find attachments and armor pieces in the field became a pain to deal with.
Overall on the trilogy
It's an amazing three games. Bioware did an amazing job with the writing. The characters were amazing and each had their own special arc, something hard to find in many games nowadays. The first two games were fantastic and the third did a good job tying it all together.

Lebron James: Not my King

Lebron James took patting yourself on the back to a whole nother effing galaxy today with his post on Instagram. Unless the Monstars steal his all-world basketball talent in order to beat MJ and the Looney Tunes and he forgets how to dribble and shoot a basketball, Lebron is going to reach 30,000 career points. And who is the first one to let us know of this achievement? None other than King James himself. I don’t care what side you’re on when it comes to the Lebron vs. Jordan debate, but there’s one thing we can both agree on: Michael Jordan would never pat himself on the back, especially when it has nothing to do with winning championships. If anything, he’s going to deflect and give credit to his teammate and coaches. Now, he may not think that, but that’s just what leaders do. The team is bigger than any one player. And that’s why I will always be a Jordan guy. He only cared about rings. He played in Game 5 of the 1997 NBA Finals with flu-like symptoms that would have kept me home from school for a week straight, forcing my mom to take time off from her job at dealing blackjack at the casino so she could spoon feed me Campbell’s chunky chicken noodle. MJ was a straight baller who had one thing on his mind: the next ring. MJ was so good he quit playing basketball in the prime of his career to try his hand at another sport. (Spoiler alert: it didn’t work out too well) Meanwhile, twenty years later, Lebron, the player of his generation, is too busy trying to convince people he’s the greatest player to ever grace the hardwood.
With all the stuff going on in the Cavs locker room, bragging about scoring a buttload of points is the last thing you should be doing. Maybe you should try to keep Kevin Love from leaving your team or get JIsaiah/the entire Cavalier roster a “Defense for Dumbies” book from your local Barnes and Noble, if those still exist. But I digress.
Not totally sure what Lebron is trying to prove here. We can all agree he is one hell of a basketball player and probably the most physically gifted athlete ever, but if I was given the option to go to war with Lebron or Jordan, I would not have a problem dying covering Jordan’s ass while we storm the beaches of Normandy because I know he’d do the same for me. I just can’t say the same for Lebron. He’s a “me first” kind of guy, always has been, and we are reminded of that with this egocentric social media post. No question this mindset enabled him to have a successful career, but when we’re taking about the G.O.A.T., only one name comes to mind, and it’s not the King from Akron, Ohio.

When I was in grade 12 history my teacher gave me a paper that was emailed around to most of the other teachers. The paper was a "greatest hits" of awful and funny exam answers. I just found the paper again after 4 years of it being missing and decided to share it with reddit.
All spelling errors intentional